Haven’t posted in forever! Been busy, a lot has happened between the last post and now. Need to do a new Vlog one of these days on my YouTube channel to just universally update everyone on what’s been going on. Anyway, I recently had this idea hit me, and since I’ve been playing the heck out of World of Warcraft: Legion, I’d give a new fan design a go with not just my main character, but with all of the primary ones I play as! This was heavily inspired by Persona 4 & Persona 5’s art style as well as the comic style in general. It felt good to just be back in Photoshop and Illustrator again for making a new design layout. Feels like forever since I did the last thing in either program! 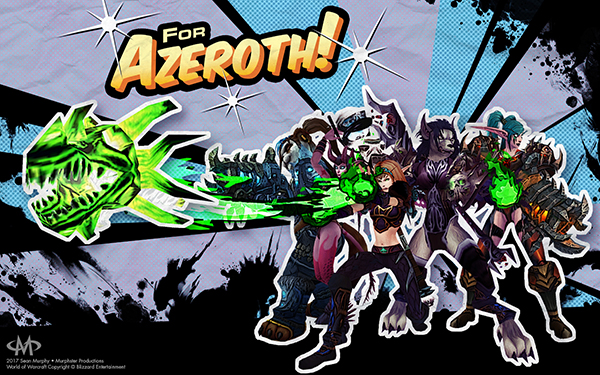