Back in fall of ’03, when I was a fishy in college, I made a number of compilation discs since this was prior to the MP3 boom. So I didn’t have a fancy MP3 player yet, just a CD player that I toted around the college campus to listen to tunes. One of the compilation discs was one called “Vid Style,” short for Video Game Style. It basically pulls music from various games, mostly ones that have influenced me in some way; although a couple of them I went out on a limb.

I can’t stand doing the whole sharpie thing to a CD when I make them, so I will go and create some sort of cover art for each disc and this series is no exception. There have been 6 of these so far and now wrapping up the 7th one amongst working on my book and trying to put in some WoW time. The covers evolved as time went on, so for this one I wanted to do something drastically different. I sought out to create a “retro-arcade” cover idea and this is what it came out to be.

It was a pain in the @$$ and had a number of challenges from the original image to the final design. I can’t think of what I could have done to make it any better, but I think it could have been. Heavy personal criticizing I know, but sometimes I do that when working in Photoshop on stuff like this, although I might brighten it a tad. Oh, and no I don’t do anything irrational like sell these or anything, it’s just a hobby that I still enjoy doing for such a long running “pseudo” series. The music I get for these is legit also. 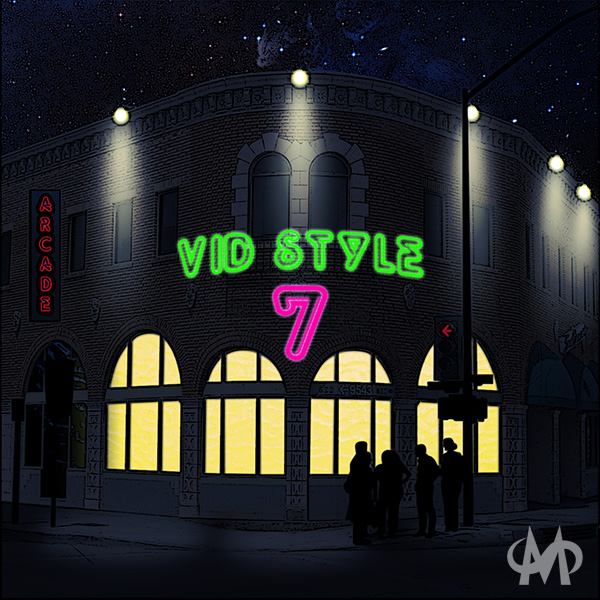