After playing Portal 2, I was inspired by a certain part of the game’s historical chapters (if you’ve played Portal 2, you probably know what part I’m referring to) and decided to give the design one more facelift to pull it back to its roots as well as utilizing some of the elements of what it had evolved into over all of its years. This gave it a really nice “Retro” feel where everything just fell right into place, and it was perfect for showing how it originated to what it was now.
The color scheme was the primary challenge with it once the design was nailed out, but I think it came out really well with only a couple of issues when I was jumping between programs. I used Illustrator to create the logo and Photoshop for the effects. 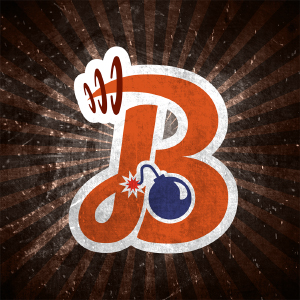 To be fair, I still do use the 2012-14 version for some things, but not as much as the latest Retro version. If you follow me on various social medias, primarily Steam or Instagram, you’ll see it there. However, it is more associated with my non-MMORPG gaming stuff than anything. Click on the thumbnail for a bigger version!