Building a custom computer is a very rewarding endeavor, but it can definitely be very intimidating if one is a first timer in the process of building one. However, compared to what is was like building a computer back in 2003, they have become much easier to construct with the entire process being pretty streamlined.

Please note, that I do not usually build PC’s with AMD Based Processors! This is for an Intel-based system, but the concept is the same for an AMD Based Processor. The only major differences are the motherboard and CPU would be AMD based compatibility instead of Intel compatible.

As time progresses, some variables will be outdated in this article, but the process for building a PC really hasn’t changed in the past 15 years or so. Figure 1: All of the parts nicely gathered!

These are all of the components that I used to build the ITX PC, excluding the actual Chassis itself (I’ll be showing that in a moment). This system is actually pretty basic, and practically everything shown is what would be minimally required to build a PC, except the DVD-ROM Drive. CD/DVD/BLU-Ray (Optical) drives are no longer required for a modern system to be fully operational thanks to the power of USB Booting. USB Booting is utilizing a USB Drive (normally one that is roughly 8GB or higher) to load the OS Installation files onto, and then telling the Motherboard to boot from USB first in the booting priority list. To list out what is required at absolute minimum, it would be the following in no particular order:

A big item to consider is how the PC is to be cooled. Cooling is a big concern with building a computer. Typically, if one is to simply run the computer at all stock settings (versus over clocking or usually referred to as just OC), then using a fan cooling circuit will normally suffice and keep the PC at good temperatures throughout its lifespan. I will not be discussing over clocking in any way, nor liquid cooling. I have never done either/or and I will more than likely never dive into either subject in practical use or for writing. If one is interesting in either subject, Tom’s Hardware is an excellent place to research said subject. What I will say is that the difficulty to liquid cool and over clock has sustainably been reduced in risk if executed correctly!

What I will be discussing is a stock-built PC with a Fan-cooled infrastructure. Depending upon what case style is picked, it will more than likely need some additional case fans to help cool the system down. There are so many types to pick from, and I’ll get into that when I reach the fan type that I picked, and why. I’ll also compare it to other types of fans one can purchase as well as the sizes.

I do realize I did not list a GPU (Graphics Processor Unit, also simply just called the Video Card) as a requirement. That is because these days the CPU, well on Intel CPU’s at least, comes with a pretty potent built-in GPU that can handle quite a bit. If the final intent is to run high-end gaming or 3D rendering software, then I would add a GPU to the list of required items. More on that when I reach that point in the article. 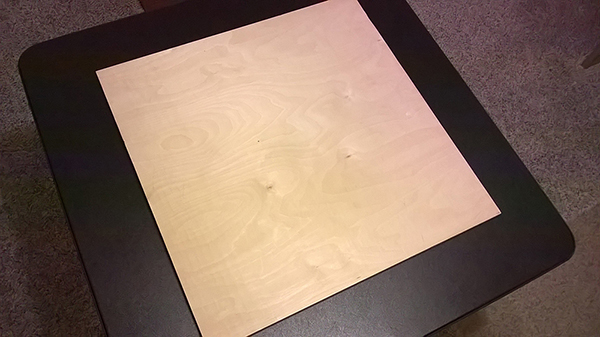 The workspace for building any type of computer needs to be clear of clutter, and more importantly, static electricity that can severely damage a component to a computer. These chips are extremely sensitive to static electricity and by just accidentally discharging static onto one will critically damage it. My workspace is on a clean piece of wood, on top of a card table normally.

If one is highly concerned about electrostatic discharge, there is a tool that can ground a person to keep them from creating static electricity. I personally have not used one, but I do discharge any possible excess static on something that is grounded, like a door knob. If one isn’t building a PC with wool socks on while walking around on shag carpet, and working on a conductive surface, the process should go well without an issue with static electricity. Here’s a link to one at NewEgg as an example that can be purchased for pretty cheap. There’s various other brands and places to get them as well, though.

Time to grab a Phillips screwdriver and get to it!