RWZBomber has a far longer history than Murphster Productions. Starting out as just a name I used in the very old days of 56K Modems and Quake, and I’m pretty sure I died more to my dad getting mad at me for hogging the phone line than actual players killing me.

Way back in 1998, on Saturday nights while I had SNICK on in the distance, a former friend of mine and I would jump onto an old dedicated Quake server that played 24/7 Super Capture the Flag. That was DA BOMB back in those days, with a very addictive nature and a whole heck of a lot of fun. Most of the players on this server got to know each other pretty well, since back in those days a dedicated server for gaming was unheard of, and we continued to play pretty heavily until Half-Life became very popular.

Well, at first, I was just called “Unknown,” or whatever the default name was for an online player in Quake at the time, as I can’t recall anymore. I needed a unique name to go by and so I decided to pick a name based upon a game series for the Super Nintendo, and the newest one at the time for the Nintendo 64, that I played and lost an entire summer to it in a previous year. Heck, I can’t even remember that dang previous year anymore! 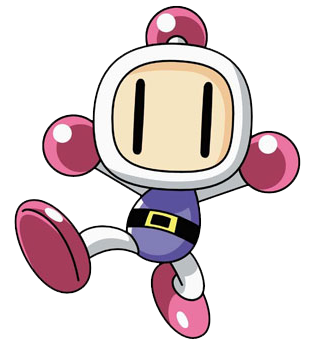 WHAT YEAR WAS IT, YOU CUTE ADDICTIVE EXPLOSIVE USING FRIEND!?

So, the name Bomber was born; seemed appropriate as well since my favorite weapon at the time was the rocket launcher. The name just stayed Bomber for quite the few years after that, until far into Half-Life’s Team Fortress Classic days. If you have never played TFC, but Team Fortress 2, they’re pretty similar. The major difference between the two was that TF2 implemented hilariousness and silliness, which was a very good thing.

Anyway, a few friends and I tried to create a clan, which disbanded about as quickly as we assembled it. However, for whatever reason, I decided to add a clan prefix to my name, and continued to venture out with the name [RWZ]Bomber. Originally, it meant Rebel Wing Zero due to my obsession with Gundam Wing at the time. 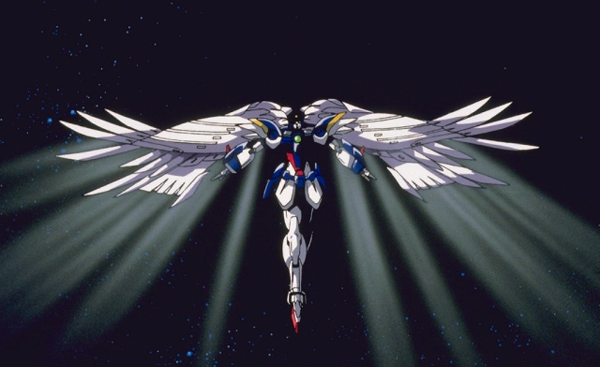 Because, seriously, how could you NOT adore this fine piece of a mobile suite technological marvel.

It stayed [RWZ]Bomber for years! In fact, the original site utilized the [RWZ]Bomber name up until right after college where I changed it over to Murphster Productions.

It’s have some rather strange evolutionary states, like for real.

Eventually I grew accustomed to the [RWZ] part, and it felt more like of an extension to the name rather than some old tag. It wasn’t viewed that way to practically everyone who saw it and treated it as a clan tag, so ultimately I decided that I wanted it to be an actual part of my name. What caused the final decision was a very late gaming session of Day of Defeat Source that convinced me of this: we were all using voice chat and I kept being called “Bomber.” I decided from then onwards to drop the brackets and fully become RWZBomber as the official name.

After playing Portal 2, I was inspired by a certain part of the game’s historical chapters (if you’ve played Portal 2, you probably know what part I’m referring to) and decided to give the design one more facelift to pull it back to its roots as well as utilizing some of the elements of what it had evolved into over all of its years. This gave it a really nice “Retro” feel where everything just fell right into place, and it was perfect for showing how it originated to what it was now. To be fair, I still do use the 2012-14 version for some things, but not as much as the latest Retro version. I don’t plan on changing this one anytime soon.

So basically, RWZBomber is what I’m known for in some social networks, and while gaming on non-MMORPGs; with that in mind, I tend to associate my gaming side with RWZBomber, while everything else goes with Murphster Productions. That pretty much sums up the entire history of the name, and how the design has evolved over all of these years.