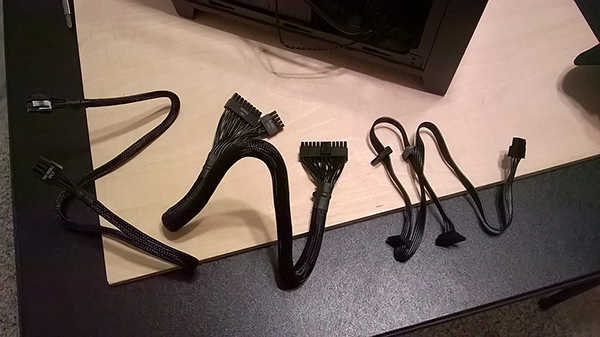 Figure 44: Examples of the Modular PSU Cables used for this build.

Here’s the PSU cables that I ended up using to connect the internal components to the power supply. On the far left is the 8-pin additional motherboard connector, middle is the 24-pin primary motherboard connector, and on the right is the SATA component connector(s). In modern systems, the left and middle cables are an absolutely necessary to power a system. Depending upon one’s build, the SATA cable may not be required. I ended up needing two of the SATA cables to reach the components. Back in the day, it was recommended that the hard drives, and optical drives, be on separate power cables. Theses days that isn’t the case, but if it can’t reach a component, don’t force it and just grab another one to reach whatever components. 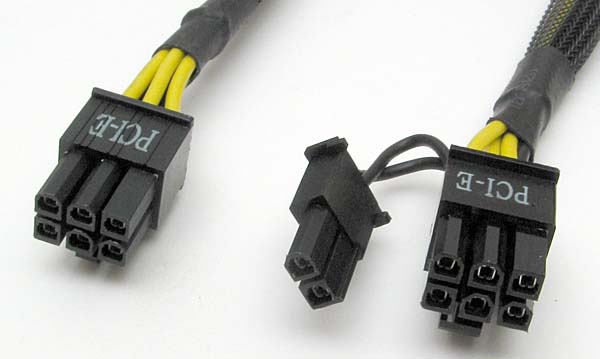 Figure 44a: GPU Power Connector, alternative name is PCI-E Connector as labeled in the photo.

The first one listed here is for modern GPUs to be powered. I didn’t use these in this build, but they are absolutely necessary in modern GPUs to function properly. Most of the time, it will require two 6-pin connectors. However, there are some occurrences that it can be a combination of an 8-pin and 6-pin connector to power the GPU properly. They are always labeled as PCI-E on the ends as shown. Typically on a PSU, there will be two 6/8pin connectors stemming off of one chain from the PSU block (modular or not); so one only needs a single chain to power a GPU. 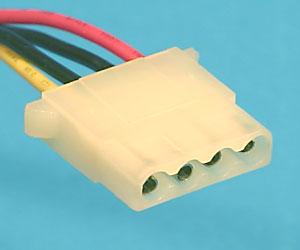 The other one is a Molex connector, and this is becoming obsolete. It’s purpose these days is typically for either an older component, or a chassis fan that needs power when the motherboard cannot power it itself. I ended up needing one Molex Cable for the two Cougar side fans. The Cougars came with a Molex to 4-pin converter so they could be powered properly. Most chassis fans do come with said converter, so don’t worry about having to hunt one down. When connecting the Molex connectors together, be sure to hold down both the plastic part and the wires, as they tend to pop out of the plastic connector. If they do, just push them back through the connector; it won’t break it. 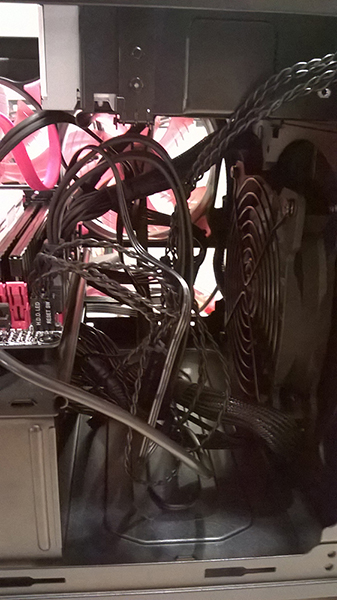 Figure 45: Houston, we have a Problem; messy Cable Management.

Cable Management is a term used for how the cables are “organized” in a PC. The better they are organized, the better the airflow is. This is an example of bad cable management and it needs to be corrected. In ATX cases, there’s usually some space behind the back panel for cables to be looped through and tied off. In this ITX case, however, it’s a tad more finessing. The thing to keep in mind in any build is to keep the cables tied and placed out of the way of the chassis fans so they can do their job as effectively as possible. 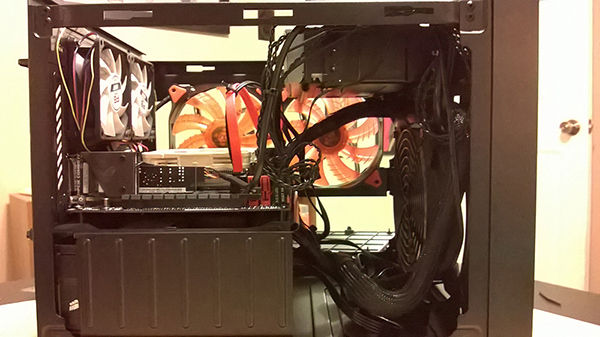 This is with the cables all cleaned up and organized so the fans can do their job as effective as possible! Sometimes the length of the cable and the distance between components can be a hindrance to how the cable is managed. if this happens, then nudge it off to a side and/or tie it down if possible. If not, just make sure it’s clear of any moving or heated components. 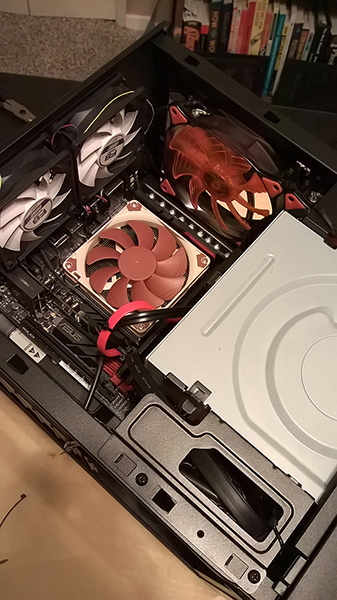 Figure 47: Everything all Hooked up and Good to Go!

Here’s the top view with everything connected. The two 80mm fans are connected to two 4-pin fan connectors on the motherboard, and those were labeled on both the motherboard and in the manual. This is the time to make sure there are no cables in the way of fan blades, and to double check if all of the cables are connected properly! 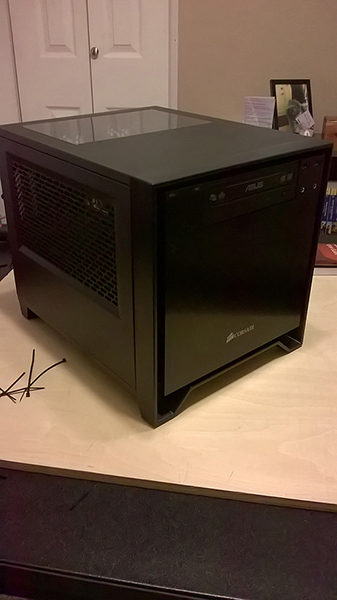 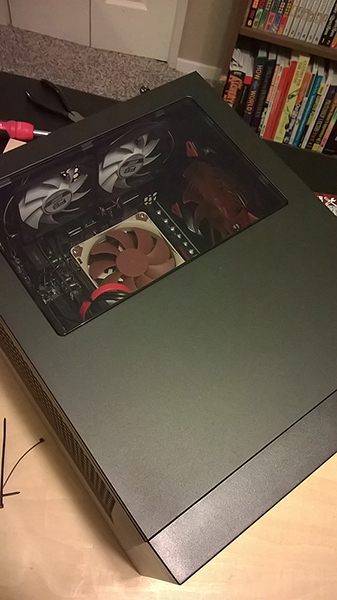 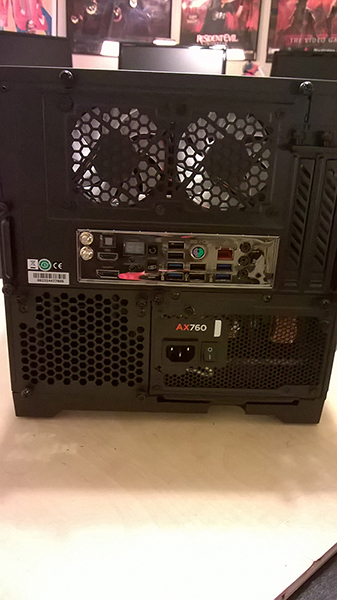 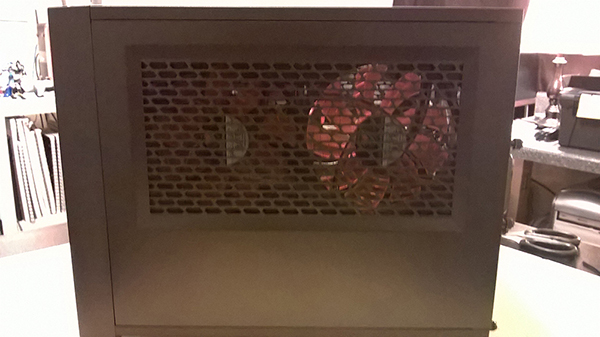 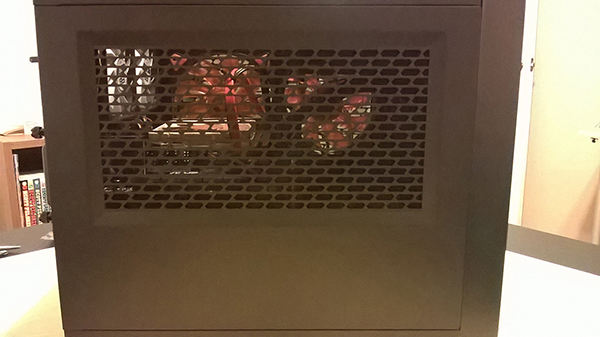 Here’s the completed system with all of the sides put back in place! All that is left is to boot it up for the first time! Make one last pass on making sure everything is connected properly, and there are no cables in the way of heat sources, or fan blades (if they’re in a fan blade, it will become extremely apparent once it’s turned on). 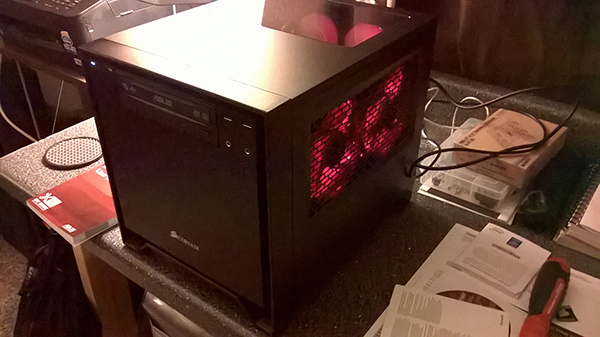 Success! The PC booted up and did the initial first-boot check to make sure everything was good. If anything weird happens, or a bad component is found that will fatally cause the system to not continue to function, it will let the builder know here. If nothing happens at all, check to make sure it has power, and all of the cables are hooked up correctly. One way to tell if a PC has power is normally by a LED light on the board itself that continually stays lit up, even when the system is powered down.

If everything was hooked up correctly, but does not power up nor have the LED lit up on the board, then it could be a bad PSU. If the LED is lit up, and it doesn’t turn on, check the front panel connections again to make sure those are hooked up properly.

RAM is important to check as well just in case those are not in the sockets properly, then the system either will not boot, or it will give an error message during the first boot. Final thing it could be is a bad or improperly seated CPU that could cause a failed boot-up.

Don’t get discouraged if it doesn’t work, just backpedal a bit and make sure everything was done correctly, and if it was, then it might just be a bad component. Replace the bad component, and then try again when that time comes.

If everything looks and runs great, then get a ceremonious drink of choice!